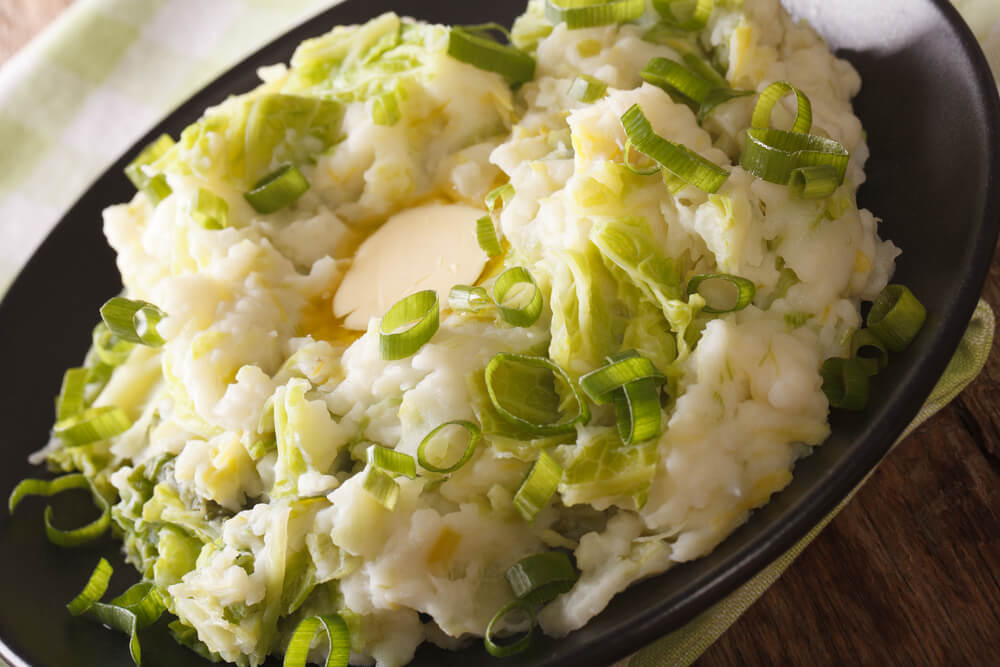 When it comes to side dishes to serve with Colcannon, the options can feel endless. This is because Colcannon is a versatile dish that can be paired with a variety of different side dishes.

However, finding good sides to serve with Colcannon online can be challenging. This is because a lot of the recipes that are available online are either not very good or they are very time-consuming to make.

I know this from personal experience. I’ve spent hours searching for the perfect side dishes to serve with my Colcannon, only to be disappointed by the final results.

That’s why I decided to share this article with a list of sides that I’ve tried over the last few months. These sides are all simple to make, and they taste great. So, if you’re looking for new sides to try with your Colcannon, you should definitely check out the list below!

Side Dishes For Colcannon: 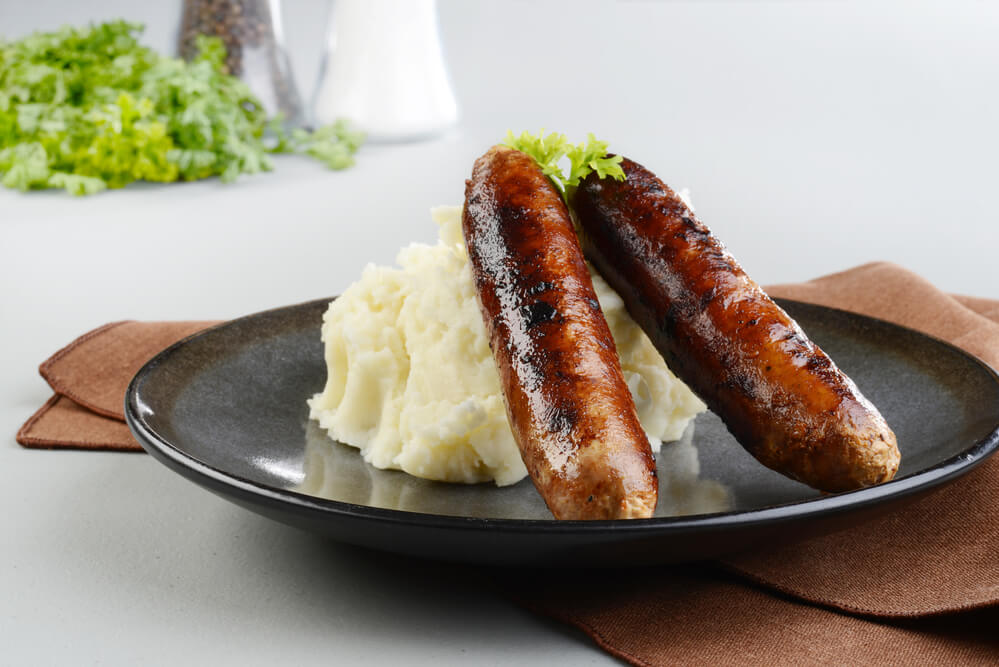 Irish bangers are sausages that are popular in Ireland. They are usually made with pork, but can also be made with beef or lamb. Bangers are often served with colcannon and other Irish dishes.

To make Irish bangers is quite simple, just brown the sausages in a pan on the stove. You can cook them in oil, butter, or lard.

Once they are browned, add some water to the pan and simmer for about 15 minutes. 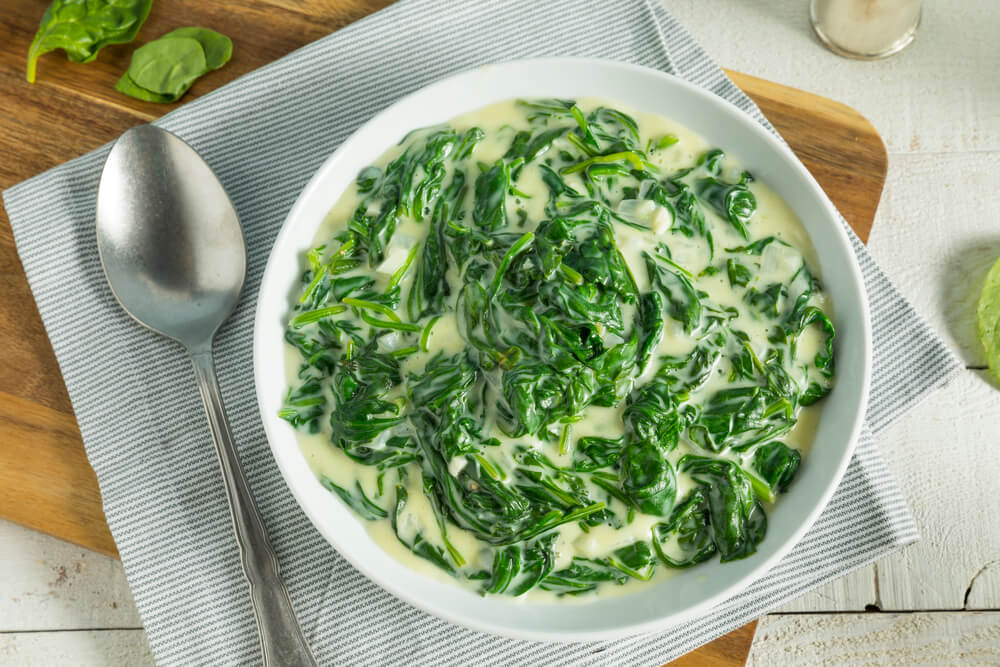 Creamed spinach is a classic side dish that goes well with many different meals. It is a great side dish for colcannon because it is rich and creamy, like the colcannon itself.

To make creamed spinach, you will need to cook the spinach in a pan with some butter or oil. Once it is wilted, add some cream and seasonings.

For cream, I like to use either heavy cream or half and half. I also add garlic, salt, and pepper to taste. You can also add other seasonings like nutmeg or cayenne pepper. 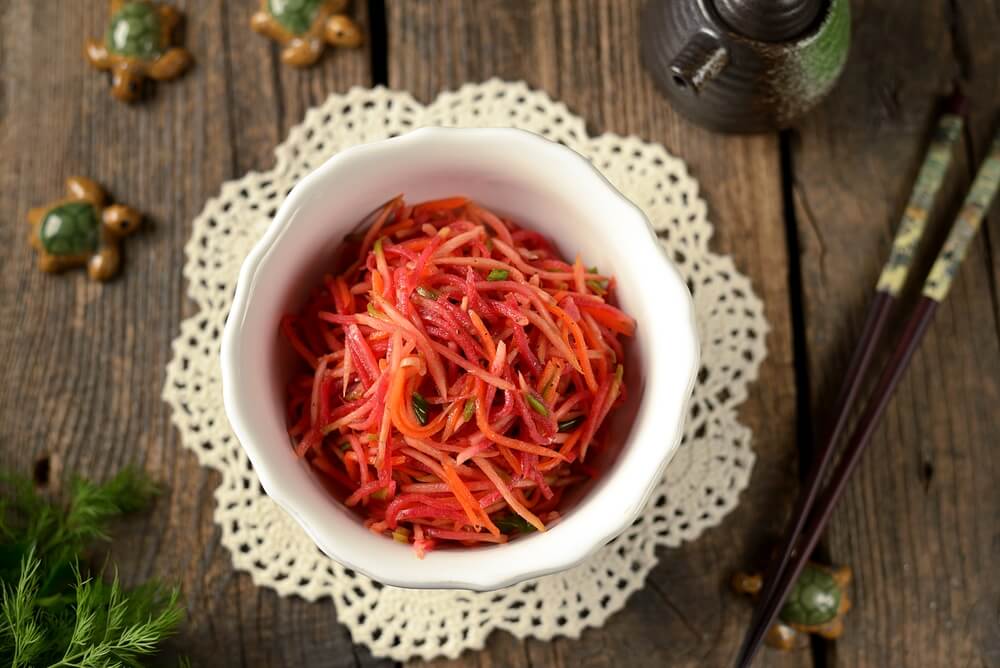 Pickled beets and vegetables are another great side dish for colcannon.

And since colcannon is already packed with flavor, you don’t need to worry about the pickled beets overpowering the dish. So go ahead and give it a try! 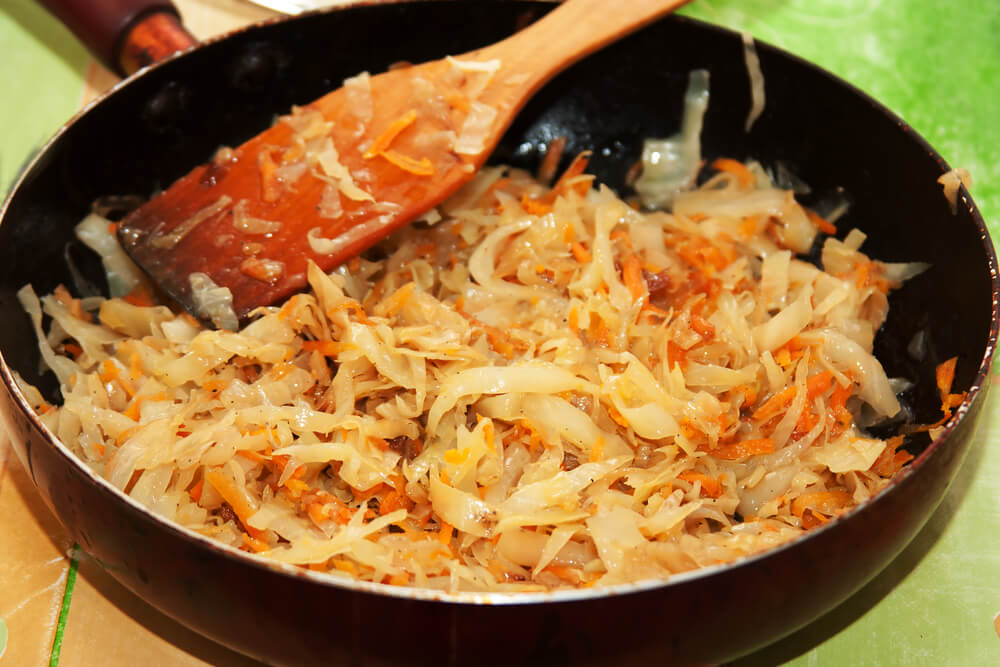 Buttered cabbage is easy to make. Simply cook the cabbage in a pan with some butter until it is wilted. Then season it with salt and pepper to taste.

You can use any cabbage for this, but I prefer to use savoy cabbage because it has a more delicate and sweeter flavor.

This is another great side dish for colcannon because it uses similar ingredients. Kale is a common ingredient in colcannon, so serving braised kale as a side dish pairs well.

Kale and onion are great together because the sweetness of the onion contrasts perfectly with the slight bitterness of the kale. Then when paired with colcannon, the flavors meld together creating more depth and layered textures.

For this side dish, you will need, vegetable or chicken stock, kale, and onions. Start by cooking the onions in a pan with some oil or butter. Once they are softened, add the kale and stock. 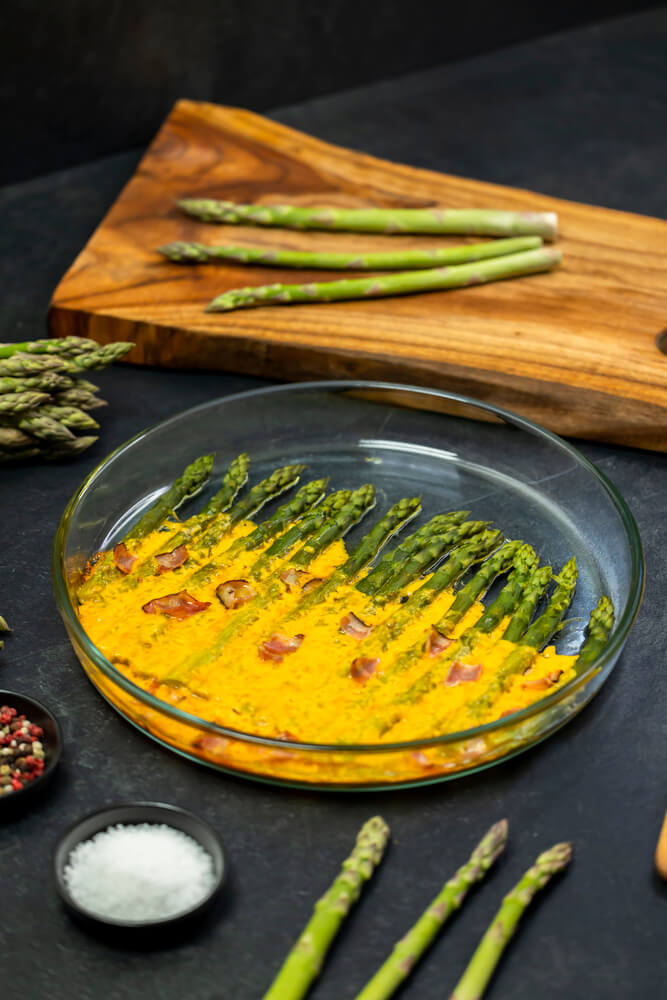 This side dish is a bit fancier than some of the other side dishes on this list, but it is still quite simple to make.

Hollandaise sauce is a classic sauce that is often served with eggs Benedict. It is made with egg yolks, butter, and lemon juice.

The asparagus provides a nice crunch, a contrast to the creamy texture of the colcannon. To prep, the asparagus for this dish, start by trimming the ends. Then, cook the asparagus in a pan with some oil or butter.

Once it is cooked to your liking, add the hollandaise sauce. You can either make your sauce or use a store-bought version. 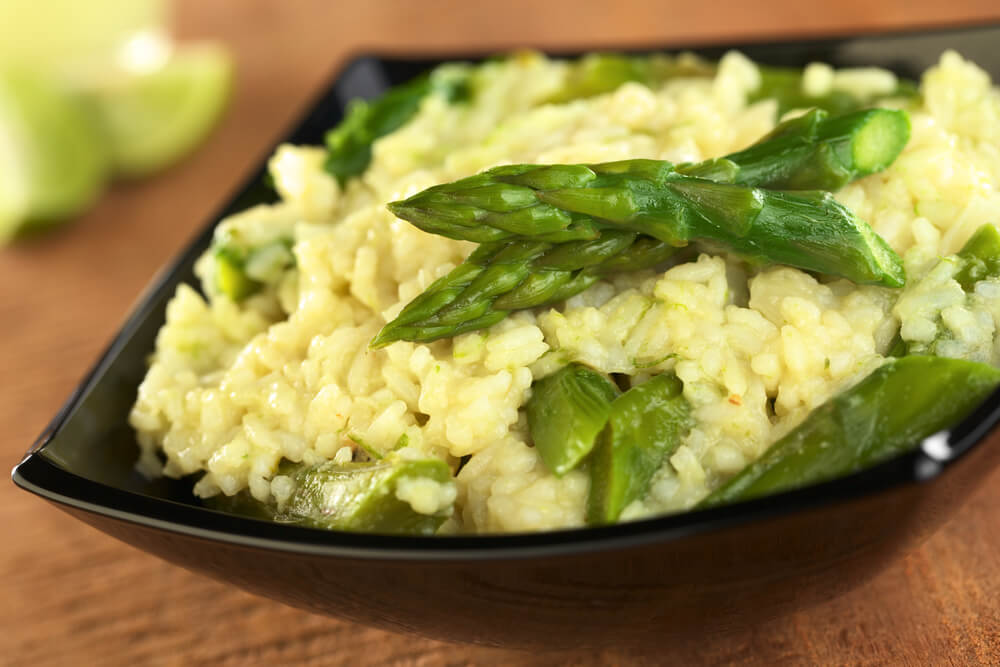 This side dish is similar to the asparagus and hollandaise sauce. However, it uses risotto instead of asparagus.

Risotto is a creamy Italian rice dish that is usually made with Parmesan cheese. It can be made with many different types of vegetables or meats.

To make this side dish, start by cooking the risotto according to the package directions. Then, add the cooked asparagus, and Bon appetit! 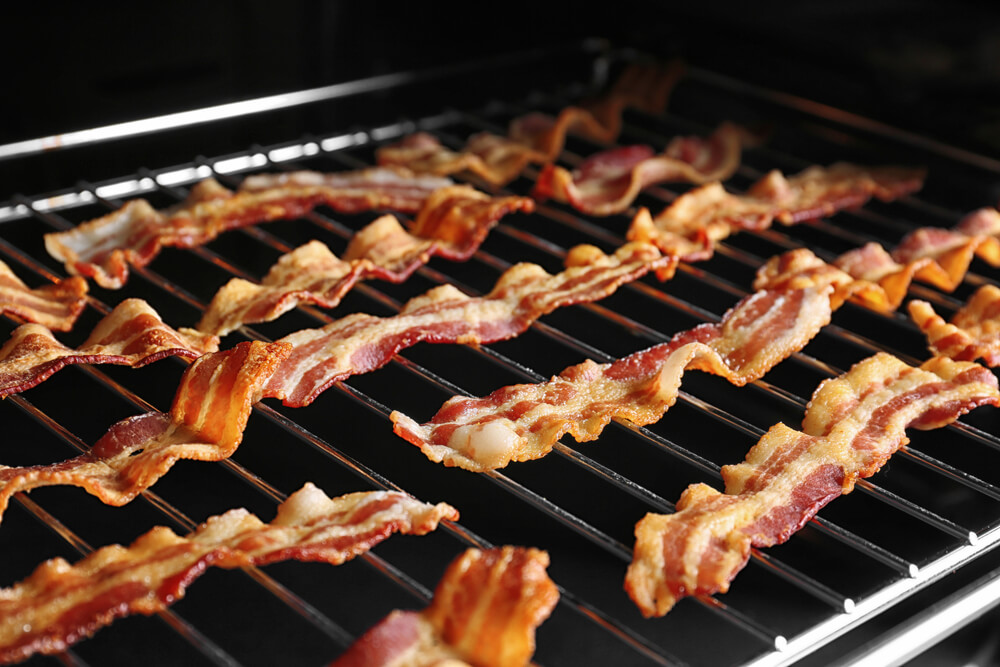 Who doesn’t love bacon? It’s delicious! Bacon is one of the ingredients used in colcannon.

The salty, smoky flavor of bacon pairs well with the creamy potatoes and kale. Plus, the crispy texture of bacon is a nice contrast to the softness of the colcannon.

For this side dish, cook the bacon in the pan until it is crisp. Then, crumble it and add it to the colcannon. 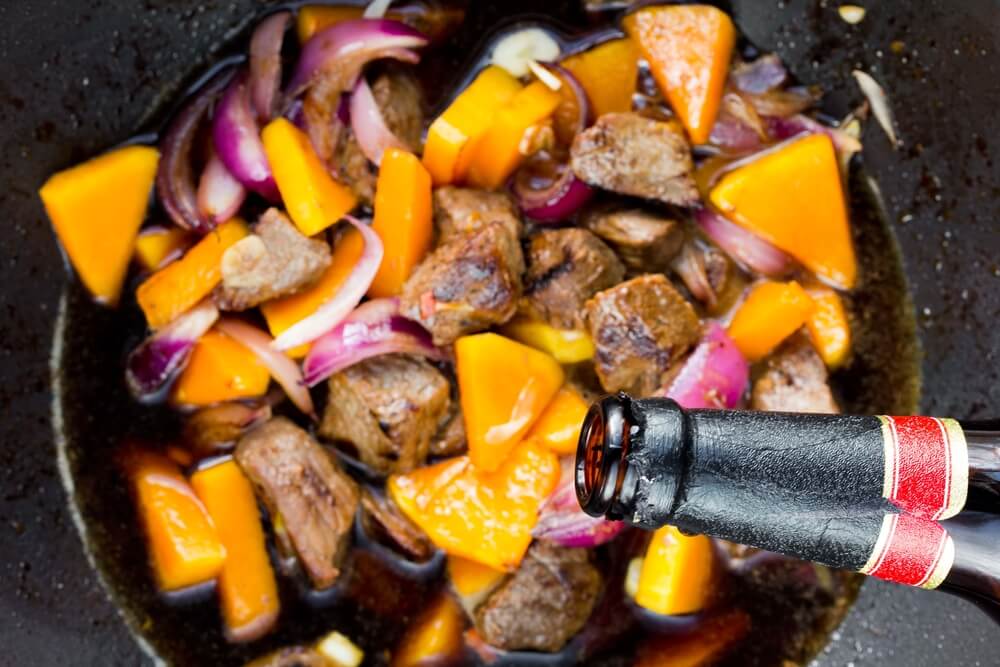 This side dish is a bit heartier than some of the other side dishes on this list. I make this stew during the cold winter months.

Irish stew is a traditional Irish dish that is made with mutton or lamb, potatoes, carrots, and onions.

A full-bodied brew such as Guinness works well in this dish. The dark beer adds a rich flavor to the stew.

To make this side dish, start by cooking the beef or lamb in a pan with some oil or butter. Then, add the vegetables and Guinness. Simmer until the vegetables are tender and the flavors have melded together. 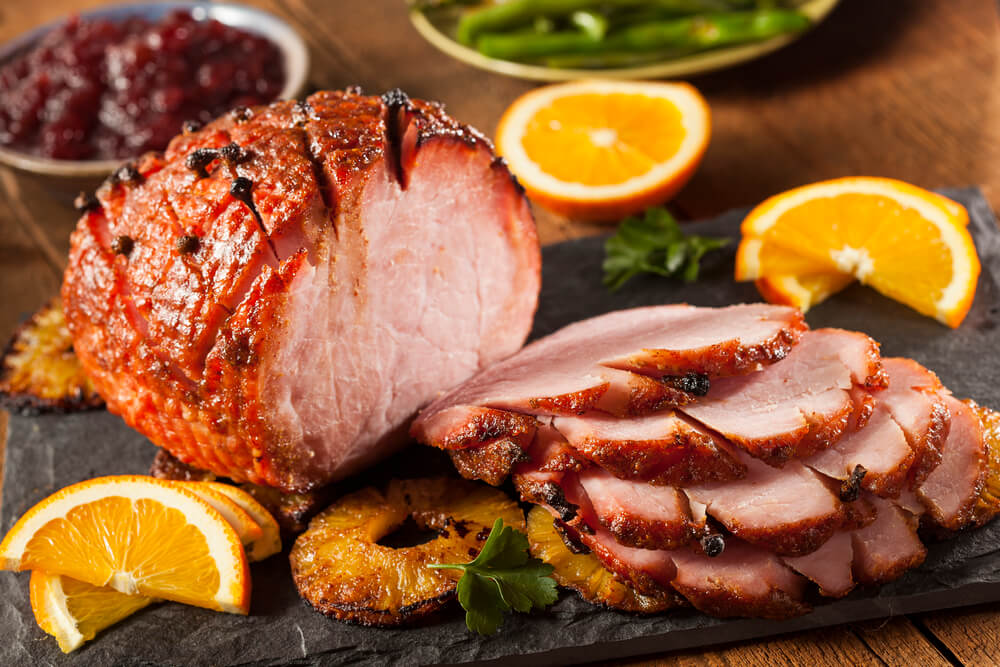 Ham steak is not the same as bacon. Ham steak is a type of ham that is cooked by grilling or searing.

It is usually served as a main dish. Bacon is a type of pork that is cured and smoked. It is usually used as a topping or ingredient in dishes.

Ham steak makes a great side dish for colcannon because it is full of flavor. The salty, smoky taste of ham pairs well with the creamy potatoes and kale.

The ham adds a touch of flavor to the dish without overwhelming the other flavors. In addition, it is also a good source of protein.

Corned beef and cabbage is a traditional Irish dish. It is made with corned beef, cabbage, potatoes, and carrots.

Just like the bacon, the salty flavor of the corned beef pairs well with the creamy potatoes and kale in colcannon. Plus, the colorful veggies add a nice touch to the dish.

Savoy cabbage is a great one to use but you can also use green cabbage. 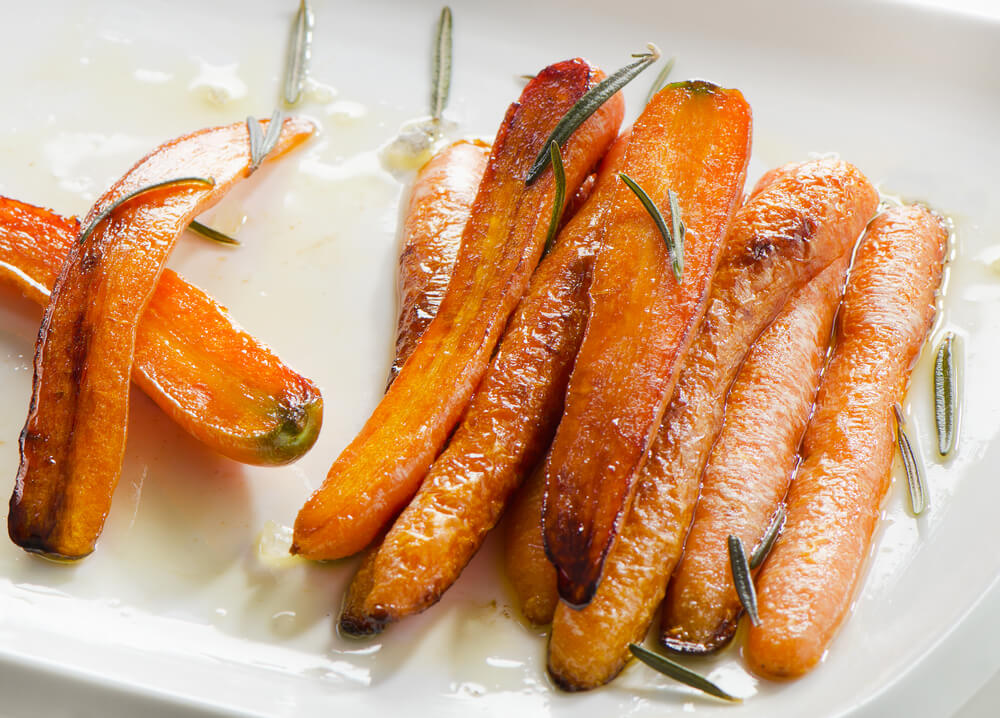 Roasted carrots go great as a side dish for colcannon! roasted carrots bring out the natural sweetness of the carrots and the colcannon provides a perfect balance of savory and sweet flavors.

The roasted carrots are also a great source of Vitamin A, which is an important nutrient for maintaining good vision and healthy skin.

When roasted, the carrots take on a beautiful orange color that is sure to brighten up any meal. So if you’re looking for a great side dish to accompany your colcannon, look no further than roasted carrots!

What is the difference between Colcannon & champ?

Champ is a similar dish to colcannon; however, it is made with milk and scallions. In addition, the word “champ” comes from the Irish word for “field”.

In which countries are colcannon and champ popular dishes?

Colcannon and champ are popular dishes in Ireland and the United Kingdom.

How do you make colcannon?

The traditional way to make colcannon is to boil potatoes until they are soft, then mash them with kale or cabbage, butter, milk, and salt & pepper to taste.

What do the Irish call spring onions?

There you have it! A delicious list of side dishes to serve with colcannon. I hope you enjoy trying out some of these recipes. From roasted carrots to beer-braised Irish stew, there’s something for everyone on this list. So what are you waiting for? Get cooking!

Hi there. My name is James, and I'd like to welcome you to my blog. I've been cooking for as long as I can remember. I am always trying new recipes and cooking for others. After years of working in other industries for so long, I decided to start this site with my wife to focus full-time on my journey to becoming a chef and helping others prepare delicious meals.

On my blog, you'll find our tasty recipes, tips, and tricks for becoming a chef. We'll also share all the foods we've made and served to give you inspiration on what to serve or drink with everything. I hope you enjoy my site, and thanks for visiting!